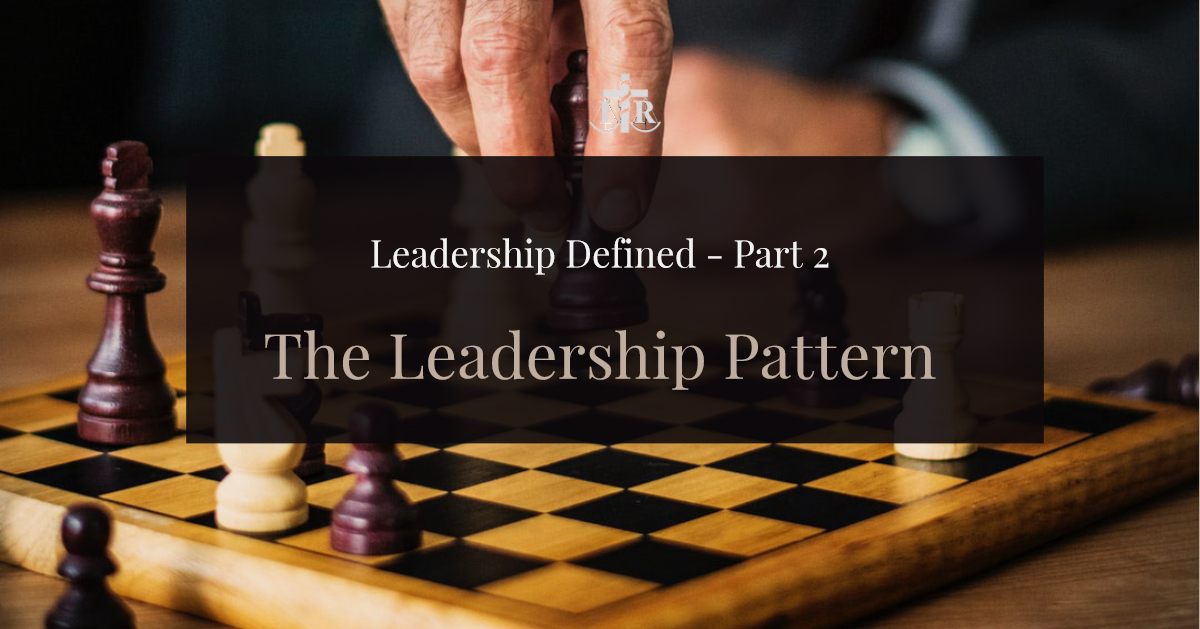 Thus, it is important to have a leadership pattern which is an accurate example of True Leadership. In order for leadership to be true, it must have, as its root and focus, ethical, Christ centered integrity. Sadly, today's culture erects "leaders" which are, by definition, not True Leaders. Modern "leaders" often practice pragmatism and are, in many cases, entirely unethical, or at best, selectively ethical. While they may lead others, and are often followed by others, they are void of authentic goodness, making them destructive examples rather than good leaders.

Many of the so-called American leaders of the 20th and 21st century are immoral, and dysfunctional self-seeking  baboons. This includes those who are now dead, and those who are still living. Both the sports industry and the entertainment industry have sought to elevate God-less, disrespectful "low-lifes" as a driving force in American culture. These men and women are considered the new leaders.

Even after their wickedness is openly manifested, the public still loves them - sometimes even more-so. These god-hating icons, ironically called "stars" (a reference used By God to identify the True Saints of His Kingdom), are consistently paraded before the public for the express purpose of emulation. The underlying message is, "be like them, and you will be both happy and successful." Nothing could be farther from the truth.

Only those who conform to that standard are worthy of being called leaders. George Washington therefore, can be called a leaders while Bill (Caligula) Clinton cannot. Likewise, John Quincy Adams can be called a leader, while FDR cannot. Although it is true that each of these men were placed in "leadership" positions, they were not all good leaders. If they were not good leaders, then, by definition, they were not leaders at all since they led the people on a destructive path.

There is also some confusion concerning the distinction between leaders and influential people. Generally speaking, everyone is influential to a certain degree. Every father and every mother directly and dramatically influences their children. Siblings and relatives also create a certain amount of  behavioral pressure, as does the schoolteacher, babysitter, news reporters, media commentator, novelist, legislator, clergyman, policeman, poet, historian, even the local shopkeeper. All human interaction holds some degree of influence. Each of these positions, among many others, effects the individual according to some level of power.

If the infectious ideology poisons the father's world-view, the father may "influence" the child yet, he is not leading him properly. likewise, the news commentator may have the Lead Story and may be the Leading anchorman, yet he is not leading. He is however, tremendously influencing. This is why it is so important for fathers to be True Leaders so as to influence for Good rather than evil.

Attila the Hun : A Great Leader?

In 1995 I happened across a book by Wess Roberts, PhD, "Leadership Secrets of Attila the Hun. It was endorsed by Ross Perot as a book which embodied "timeless leadership principles." After skimming the table of contents I thought I would read it. Perot was correct. Wess put his finger upon a great many useful principles of "truth" concerning leadership. Yet, like James MacGregor Burns, he missed the most crucial element - God.

Attila was, humanistically speaking, an influential leader. He was not a true leader, according to the standard of Scripture. Remember influential does not necessarily translate into Leader.

Wess' book was geared toward the business community. It was well written and included a vast array of situations any executive in corporate management would face in the affairs of everyday business.

Although many of the principles were helpful and enlightening, as I read the book, I kept going back to the opening statement Wess made in his preface.

"Attila the Hun is a dubious character...  He's been portrayed as a barbaric, ugly little tyrant whose hordes, in total disregard of accepted principles of conservation, ruthlessly destroyed the beautiful and tranquil countryside, then went on to plunder and pillage numerous cities and villages inhabited by more civilized citizens of European nations."

Wess does confess that to use Attila as an example of a brilliant leader is not widely culturally accepted. Usually examples of leadership skills and qualities are reserved for men of a more noble stature. Yet, what is the standard that distinguished a more noble stature? What is the standard used to characterize a man of leadership? Is it that he is more socially acceptable? Handsome? Knowledgeable? Funny? Wealthy? Has many friends? A distinguished family pedigree?

The point again is this: True Leadership is dependent upon ethics and motive. Attila led his men for selfish gain. They were treacherous and evil. He was a barbarian-tyrant. He was not a great leader. He was a murderous wicked sinful man. He was no more a great leader than Hitler or Diocletian.

Yet, he did portray "leadership qualities". By filtering Wess' book through a Biblical God-centered world view, Leadership Secrete of Attila the Hun became one of my favorites. Not because it spoke of Attila, but because it spelled out well-known Biblical truths. Through the eyes of Scripture, Wess' book was a great experience for me.

Every leadership principle spelled out by Wess I transposed over to King David or valiant Gideon. It was glorious. I began to read the Battles of the Bible with a view to leadership motives, goals, strategies and characteristics. It began to learn the true nature and end of Godly leadership, and it was all about God, His Christ, His Law, His World, and the Glory and Righteousness of His kingdom.

History is full of all kinds of "leaders". Some of them can be considered true leaders. Others should be considered as evil, or inept leaders. Those who are inept or ungodly do not deserve the noble title of leader - but rather "a destructive influencing force in society". Yet, the history books are often given a bias and clouded account of facts, especially if God-hating authorities are issuing the history textbooks. But facts are facts. They are unchangeable. Either a man is a leader or he is not. As John Adams once stated, "facts are stubborn things."

Case in point: A modern American high school textbook once devoted a single page to George Washington while devoting almost 10 pages to movie actress, singer, and renown harlot, Marilyn Monroe. This example may be extreme and isolated, but the pattern of historical cover-up is pandemic. Today's mainstream media and educational institutions have exchanged the truth for a lie, broadcasting evil men as leaders and Godly leaders as fanatics and idiots. Even sports figures and music performers such as the Beatles, Puff Daddy, Michael Jackson, Oprah, Elvis and Madonna are found in high school history textbooks while little attention is given to the true substance of American culture - its founders and heroes.

This nation was forged by Godly Leadership not hip hop media icons. In a 1954 speech by Chief Justice Earl Warren, addressing the annual prayer breakfast of the International Council of Christian Leadership, he stated:

I believe no one can read the history of our country without realizing that the Good Book, and the Spirit of the Savior, have, from the beginning, been our guiding geniuses... Whether we look to the first charter of Virginia.... or to the Charter of New England.... or the Charter of Massachusetts Bay... or to the Fundamental Orders of Connecticut... the same objective is present: A Christian land governed by Christian principles.

I believe the entire Bill of Rights came into being because of the knowledge our forefathers had of the Bible, and their belief in it - freedom of belief, of expression, of assembly, of petition, the dignity of the individual, the sanctity of the home, equal justice under the Law, and the reservation of powers to the people. I like to believe we are living today in the spirit of the Christian religion. I like also to believe that as long as we do so, no great harm can come to our country.

America is a Christian nation in the same way Israel is a Jewish nation, Saudi Arabia an Islamic nation and India a Hindu nation. This fact should be irrefutable. Yet, the forces of wickedness refute it everyday.

True leadership boils down to "True North" principles. Those principles are God inspired, God-centered and God-ward. Then, and only then can they be good for the people. This, by definition, is proper leadership.

Leaders have a Destination

All leaders know where they are going. If a person doesn't know where he is going, "any train will get them there." Goals are essential for leadership. Leadership skills require that all leaders see the end before they refine the means by which to achieve that end. This requires vision.

Covey identifies this lack of direction as a fundamental problem with would-be leaders. Leadership needs a destination. Various Biblical principles testify to this fact. In Proverbs 29:18 Solomon declares,

Where there is no vision, the people perish: but he that keepeth the Law, happy is he.

All true leaders have two things in common. They have both a vision and a perfect standard of Truth by which to execute that vision. Unlike Cain, who was a vagabond and wanderer, leaders have a precise direction as a result of a precise understanding of God's will for their lives. They may not know every detail, but they are generally sure of their purpose in life. Theologically speaking, this is known as "the calling." Perhaps the most important question a Christian can ask is, "What has God called me to do with my life?"

While every individual needs to define, understand and undertake his or her calling  under God, so too does each and every family unit. Every family should have a mission statement which identifies their calling as a family unit. This statement is very much like a creed or a confession. It identifies, in clear and simple terms, the family culture. It also spells out the goal which that family is striving to achieve. The mission statement is the family constitution. Since God works through Covenant families, those families need to be especially mindful of their calling before God.

God's call can be categorized into 5 distinct general headings.

To those who earnestly and prayerfully seek to better themselves and their performance of their tasks, God blesses. God rewards competence with more competence. He also blesses devotion and "stick-to-itiveness" if it is done from a pure heart. Christians need to understand that every job, no matter how insignificant it may seem at the time, is to be done well, unto the glory of God. Whatever we eat or drink, it is to be done to His Glory.

This is part two in a series on leadership defined. Part three will be published next week.