The modern church is merely a shadow of what it once was, and no where near to what it was meant to be. Christianity has suffered an attack of both spiritual epilepsy and historical amnesia.1 It is confused, disoriented and fearful. Today's modernized Christian faith bows to just about every wind of doctrine, resulting in an epistemological basis2 set upon sinking sand. Instead of setting forth righteousness, justice, mercy and faith, they have embraced iniquity and every false way. 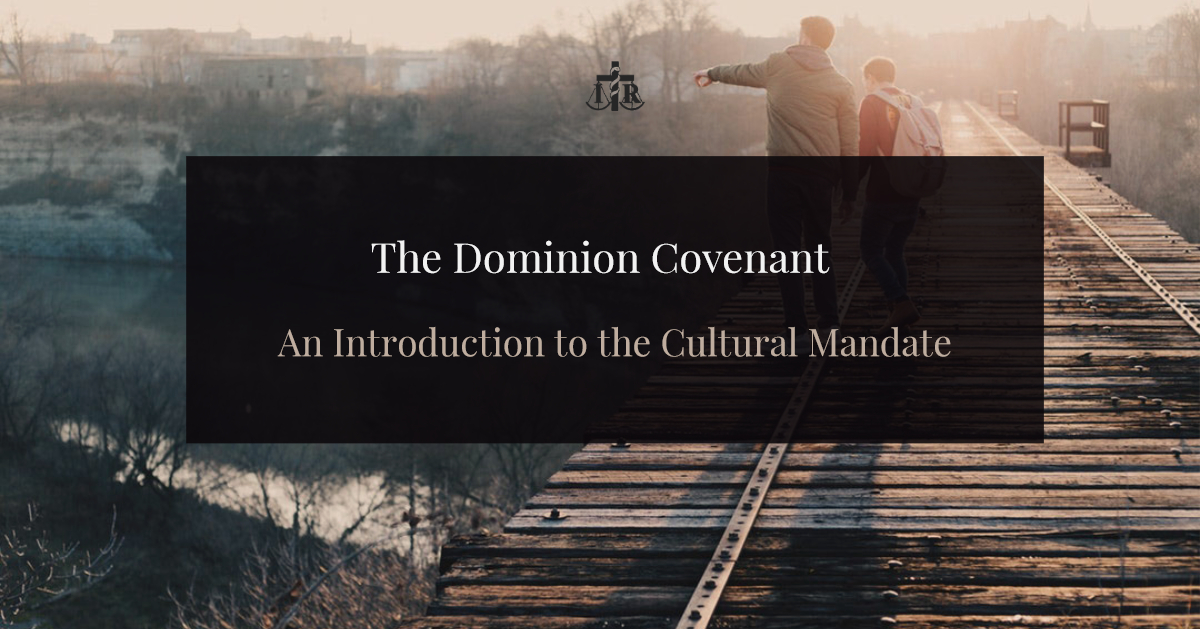 In both doctrine and practice, the majority of modern churches, have sought to exonerate themselves from any real cultural confrontation, thus relieving them of any societal obligation and responsibility. Yet, it is precisely this cultural confrontation which distinguishes the True Church from the "country club" church. The mission of the Church has been clouded by the modernists, with a "feel good religion", which is nothing more than humanism dressed in the holy rags of religion.

God expressly calls the Church to be a city set upon a hill.

He calls them to be light and salt, as well as a kingdom of priests, judges, princes and kings. Without righteous cultural confrontation, the Church is unable to fulfill Her Divine calling under God, and therefore cannot be called a True Church.

The initial goal of the Institute for Theonomic Reformation is to clearly define the Scriptural Role of Christ's True Church. Then, in order to equip, exhort, and encourage the community of God's people, the ITR will make available as many tools as necessary in order for the saints to fulfill the Cultural mandate.3

Through the use of articles, sermons, study guides, web-links, books, correspondence and a myriad of Scriptural tools, of both doctrinal and practical application, the ITR hopes to become a networking station for the Church, so that She may once again be called Militant and Triumphant, a Glorious City set upon a Hill. In this way we hope and pray that those who have not bowed the knee to the image of Baal will heed Christ's call and lead in the way of righteousness.

The ITR is not merely an informational outlet. While it is in actuality, a Theological/Theonomic think-tank, the Institute is an active, on hands, resource center which can assist in practical strategies and plans of action.4

Through research and analysis the ITR will assist the Righteous Community of God's people in achieving the goal of Godly, Christ-centered Cultural Dominion.

The time for Reformation, by the proper and unceasing application of God's Law-Word to every sphere of life, is now. Both Scripture and history demand it. If the Church is ever to fulfill Her God-given mandate, She needs to understand, embrace and apply the principles of God's Word to the entire culture around them.

1 Note: A careful study of history will prove astounding to the student of insight. Never have the Scriptures allowed for the church to remain silent or neutral in the culture in which they were placed into. Never has the historic Christian church succumbed to such an anti-Christian notion of "escapism".

Since God places the church amidst human culture the commission of the historic Christian church is to engage the community with God's precepts. The church is placed upon the earth so as to be actively involved in societal affairs. From the Old Testament accounts through the first eight centuries of the New Testament era, the Church was the guardian of familial, ecclesiastic and civil matters.

What today's modern church practices and preaches is called, "monasticism." This is nothing more than hiding behind the four walls of the church building or behind a barrage of church programs and activities that have little or nothing to do with the Dominion Commission. Like Adam, after the fall hiding in the garden, so too does the church hide behind their religion, professing themselves to be wise, they become fools.
For an excellent discussion on the Dominion Mandate read, Gary North's "The Dominion Covenant", and "Backwards Christian Soldiers". These, and others, are freely available on-line at the Institute for Christian Economics (ICE).

2 Epistemology is the study of "Knowledge".  We get our word for Epistle from the Greek "Episteme". By definition this word simply means, "the study of knowledge, it's nature, origin and theory."  The Christian must have a Biblical "Knowledge Base." i.e. a Biblical Epistemology.

3 NOTE: The Cultural mandate is found in Genesis 1:28 where God commissions Adam to subdue the earth and take Dominion over it. This Commission was rebelled against and Adam could not fulfil it after the fall. Christ reinstates that calling and enables the Christian to fulfil that mandate during the Church age. each Christian is given this commission.

The word "Culture" is a form of the word "to cultivate". God likens the entire world to a field or a garden that needs righteous cultivation. It is the task of each Christian to perform this deed of cultivation unto the Godly of God, and for the furtherance of His Kingdom.

4 NOTE: Networking and correspondence is one of the most effective ways to bring about Cultural Change for the Glory of Christ. If you have any questions or need an initial plan of action write to us via our contact form.